Director of Accounting Nancy Ton writes on her career journey through the sport of Kendo. 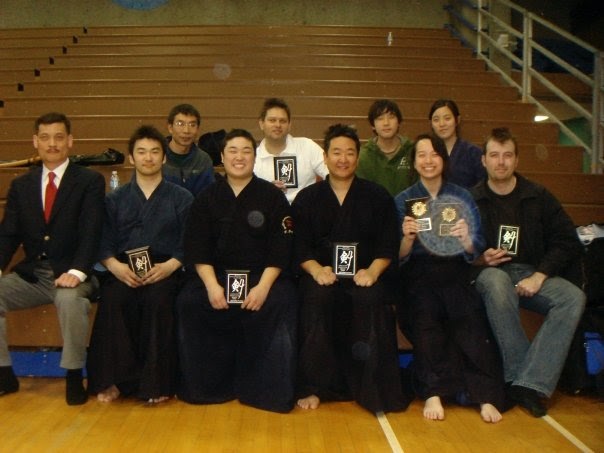 To me, failure was just a temporary setback to test the mettle of a person’s motivation until their goals came to fruition. Nothing left more of an impression on me than the day I decided to practice the Japanese fencing art Kendo. I started Kendo in high school and this martial art helped me to apply a lot of its philosophy in many aspects of my life. All that I am, why I choose to work hard in my career, has come from those that supported me in life and taught me that no matter how stressful our lives can be, hardships are meant to be overcome.

Kendo has seen me evolve through various phases in my life. From a shy and lazy teenager, to a confident and strong woman. The day I realized anything was possible was when I wanted to become a stronger competitor in the tournament circuit in 2009. The problem was I was 30 pounds overweight and out of shape. However, with the help of a supportive Kendo senior, I was training 3 times a week on the court, and 3 times a week at the gym. Everything from weightlifting, running, and Kendo training was brutal. For anyone not familiar with Kendo practices, a lot of our drills utilize all parts of our body to become a more effective swords(wo)man. Anything to help those generate explosive sword fights seen similarly in Star Wars movies.

But in three to four months, the fat became muscle and the losses at tournaments gradually became wins which led to medals. I even made it on the women’s team for my federation to attend the Nationals. This is when I made the bold decision to move to Japan from the U.S to explore the next chapter in life.

Training in Japan is often the dream of many ardent Kendo practitioners overseas. What often happens is the overwhelming amount of schools one can train in, reconciling between what was taught back in their country as opposed to what is taught here, and learning how to adjust to the culture shocks may exist for those new to Japanese culture. For years I deeply struggled with trying to figure out a good reason to practice Kendo if I couldn’t always compete at tournaments.  A highly-ranked female Kendo instructor once told me “We need to find a purpose in everything we do in life”, and Kendo was no exception. At the time I still couldn’t figure out the “whys”  until a friend asked me to drop by her dojo practice. I believe if it wasn’t for the conversation I had with her there, I would never have returned. Upon stepping into that dojo, I felt like a long-awaited homecoming. The scent, uniforms, and the warmth of everyone there just made me want to practice again. I no longer was as tournament-driven nor cared for being treated like a beginner, but the joy came from being back on the floor again. It was then I realized that never giving up took on an entirely new meaning for me. That good things will happen if I just keep at it.

This newfound ability just to be patient and the skillsets I have gained on and off the court helped me to where I am today at Collab Asia. I can recall one situation when I first joined this fast-paced environment, I have learned the importance of needing to adapt and adjust to every situation while keeping calm. One of our co-founders I work closely with often stressed the importance of leading by example because I never know who could be indirectly learning from me. This motivated me to do better because if I worked hard to become better at kendo, I could do the same thing at the workplace as well.

A lot of what I have gained in life helped me especially flourish at Collab Asia to always be at my best whether that was delivering results, applying my beast-like work ethic, or just being a good person with those I work with. While I still have Kendo in my life to keep me centered and happy when I can get practice in, it’s a different type of journey I am on that I wholeheartedly accept and embrace.